This is strange. It's Wednesday and here's a Let's Brew Wednesday post. I'll try not to let it happen again. 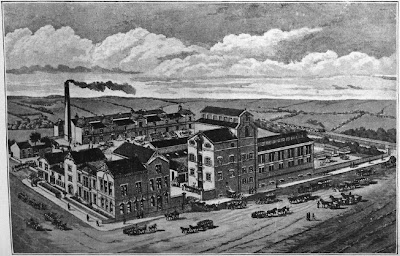 The 1950's. What an exotic decade. Teddy boys, CND and Best Mild. I'd happily spend a fortnight there.Just looking at the bare bones of Lees beers - OG, FG, ABV - nothing much changed in the 1950's. But take a close look at the ingredients they were using and you'll see a dramatic transformation. I'm not sure of the exact date when it happened. Late 1955 or early 1956. Out go all the dark malts, in comes a lorryload of sugars.

Getting hold of long runs of brewing records is dead useful. For Lees, I've a complete set for the years 1930 to 1963. They reveal the erratic nature of change. Long periods where the beers remain identical, then sudden recipe changes. It's a fascinating process. Where often an external event - a rise in beer duty, wartime rationing of ingredients, technological advances -prompts the change. Maybe one day I'll write my thesis on the topic. 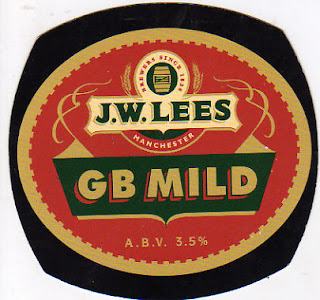 Anyway, back to the specific beer in question: Lees Best Mild. In the late 1950's Lees were brewing two Milds. One, with the inspired name of Mild, had been kicking around for quite a while. It appears, under its older name of K, in the earliest Lees log I've seen, from 1884. Its strength was gradually whittled away by the two world wars and the gravity was down to 1028º in 1948. Which is the year Best Mild was introduced, with a gravity of 1032º. Not a great difference in gravity. But a big differnce in the recipe and the colour. Mild was 35 EBC, Best Mild 100.

During the 1950's the gravities edged up a little, settling down at 1032º for Mild and 1035º for Best Mild. A minimal difference in strength, but still pretty different in terms of recipe and colour. Best Mild was dark and must have been pretty sweet, with all the lactose and other sugars. The oats are a nice touch. I wonder what they brought to the party?

One general point about Lees beers. They were all pretty different from each other. The London brewers tended to brew different-strength versions of the same recipe. Lees didn't. Their two Milds are a good example of this. As are their Bitter and strong bottled Pale Ale, Export. The recipes are very different. Just thought you might like to know that.