Burton and other dark beers in 1955

I'm beginning to realise how many writers have used Andrew Campbell as a source. I'm not surprised. His "The Book Of Beer" is much more fact-heavy than other books of the period. 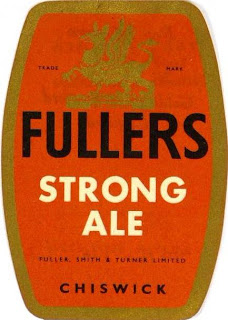 Today continuing with his description of 1950's beer types. First Burton and other strong, dark Ales:

"In winter months a still stronger type of dark beer is available which goes under the name of 'Burton' or 'old'. Prices will range from one shilling and sevenpence to one shilling an elevenpence a pint Burtons vary in flavour, some are quite strongly hopped, others retain the bitter-sweet flavour of mild beer. Gravities range from 1040º to 1050º.

Over 1050º beers may have the same dark colour as milds and Burtons, and as they are mostly rather sweet they could be grouped in the same family, but their strength and other qualities merit separate consideration.
"The Book Of Beer" by Andrew Campbell, 1956, pages 84-85.


He describes Burton as a winter seasonal beer. That's a change from 40 years previously, when it was a year-round brew. I suppose that was the first step on the path to obscurity, being available only part of the year. Which is how Burton still clings on today, in the form of Young's Winter Warmer. At most breweries the code used for Burton was KK.

The stronger dark beers referred to will be things like KKK and KKKK. Barclay Perkins brewed a KKKK for the Christmas period. In the 1930's, it had a gravity of around 1080º.

Here are some examples of such beers: