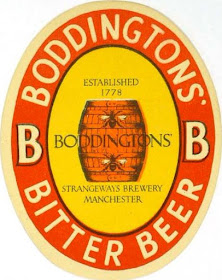 There are often handy little monthly totals (or even yearly ones, if you’re lucky) tucked away in brewing records. They’re another vital source of information.

I could see as I went through Boddington’s brewing records at the start of the 1900’s that they were brewing a lot of Mild. But the monthly total at the end of January 1902’s brews told me just how dominant it was: of 39 brews that month, 33 were for one of their four Mild Ales.

Compare and contrast is what I like to do. Usually it’s with Whitbread, because I have so much information about their beers. Unsurprisingly, they were brewing a much lower percentage Mild. And, being a London brewery, Porter and Stout were still important products for them.

What does this tell us? That London and the North of England were out of phase in beer style popularity. Pale Ales were relatively much more popular in London. I can think of one possible explanation: the middle class was bigger in London. Pale Ale was, at the time, still a relatively posh drink. But I’m sure some of the explanation is just in different fashions in different places.

Seventy years later, around the time I was starting to drink, Mild was still much more popular in the North than in London. In fact, Mild was almost dead by then in London, but still a standard pub beer in most of the North and the Midlands.

The other huge difference between the two breweries is the amount of Stout being produced: marginal quantities at Boddington, more than a third of production at Whitbread. And standard Porter, which Boddington no longer brewed, was one of Whitbread’s biggest sellers. In that sense Whitbread was behind most of the rest of the UK (apart from Ireland). The Porter drinking tradition was very much alive in London.

The only area where the two breweries have similar figures is Strong Ale, it both cases just over 2%. Which just tells us the strong beer drinking was a minority pursuit.

Here are the numbers in detail: