Imperial - now there's a name to conjure with. Several London brewers made one. Truman, Courage and, of course, Barclay Perkins. The latter was the most famous, nay legendary, version. They are all very much in the same mould: massive gravity, masses of hops. Sound very modern, don't they?

Courage's  Imperial, like so many others, was a casualty of WW I. It was last brewed in 1915. When peace returned and brewing restrictions lifted, Courage were left with just one Stout. At just 1044º, it was literally a shadow of their pre-war Stouts and 6º weaker than their Porter had been in 1914. You don't want to know how weak the Porter was after the war. Almost weak enough for the kiddies. 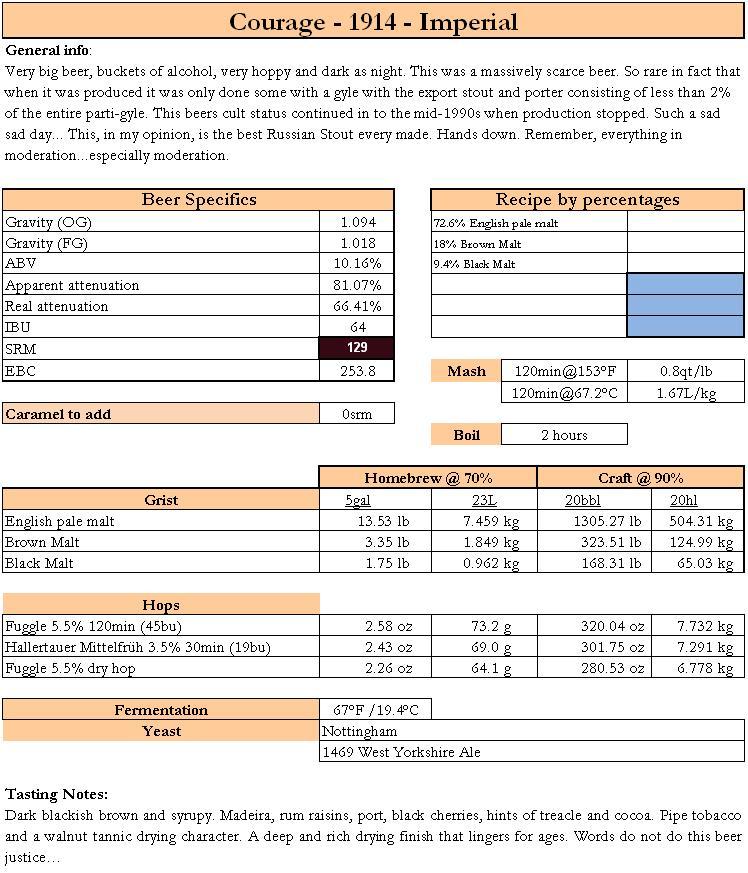 Notes – Guys, here is the correct version of the 1914 Courage. The slight difference in numbers are only a result of a change in my calculations over time. Meaning the ones I use now are more correct than before but as you see, its only by a tiny margin. The yeast has change to the actual Courage yeast but feel free to keep the originally listed one if you wish. Sorry for the inconvenience.