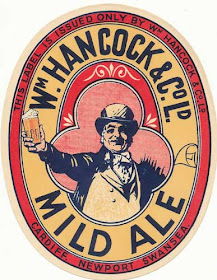 The classes of Mild brewed in the provinces were exactly the same as in London: 4d, 5d and 6d. The strengths they were brewed to were much the same, too. Not really a surprise, when tax made up around a third of the retail price.

Regional brewers tended to stick to just a single Mild, either in the 4d or 5d category. Out in the countryside especially, Milds were already about as weak as a serious beer could get – 1029º or so. Which did at least mean that the war couldn’t reduce their strength significantly.

Outside London, Milds in the 6d price category seem to have been only brewed in parts of country. The examples in the table below all come from areas that were both Mild drinking strongholds and very industrial: Hull, Birmingham and South Wales. Some of these Milds are a bit stronger than anything brewed in London: over 4,5% ABV.

The examples in the 4d category, on the other hand, come from more rural areas: East Anglia, Kent and Sussex.