Why I don't read beer magazines 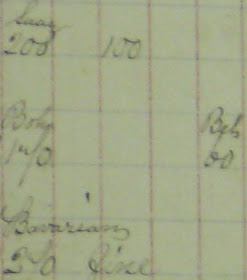 "As porters turned to pale ale, hops had to get better in quality and more focus went on their flavour. As bitters lost favour to lagers, fewer hops were needed and brewers moved away from Brish varieties and towards high alpha foreign hops."

Once again, it's a miracle how the author, in this case Mark Dredge, can get the story so wrong. The poor understanding of the history of British beer styles doesn't bode well for the rest of the article.

Now onto the hops stuff. I've found plenty of 19th century beers - for example Younger's beers, including their IPA - with no British hops in them at all. The simple trruth is that Britain couldn't grow enough hops for its own needs after about 1840 and imported hops from everywhere imaginable. Some years in the late 19th century Britain imported more than 50% of the hops used in brewing.

Brewers often preferred foreign hops for a simple reason: they were cheaper. British farmers were discouraged from growing hops by foreign hops driving down the price and the susceptibility of the crop to bad weather, pests and disease. That's just one epidose, and quite a simplification of it. WW I had a huge influencce on hop-growing, too. The whole industry would have gone bankrupt without government intervention.

The ups and downs of the British hop industry are a fascinating story, driven by a whole array forces that spanned the whole world. Reducing its decline to something as simple as a change in the public's preferred beer style is really irritating.

Beer writing still has a long way to go.