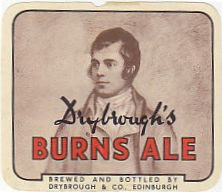 It’s a recurring theme in Scottish Beer. It was exactly the same in the middle of the 19th century, when brewers were turning out incredibly high-gravity beers as well as pretty weak Table Beers. In London, the beers tended to occupy more the middle ground, say 1050-1080º.

Burns Ale was, of course, just a very strong version of Drybrough’s Pale Ale recipe. The only one they had.

It’s quite odd that Drybrough were still using flaked barley. It was forced on brewers by the government during WW II as a replacement for flaked barley. Most dropped it again as soon as supplies of maize were restored. Maybe Drybrough liked it. On the other hand, they did stop using it in the late 1950s.

The above is an extract from the best book ever written on Scottish brewing, my Scotland! vol. 2: 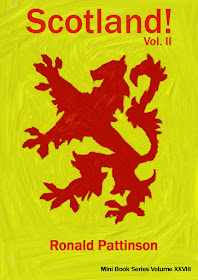